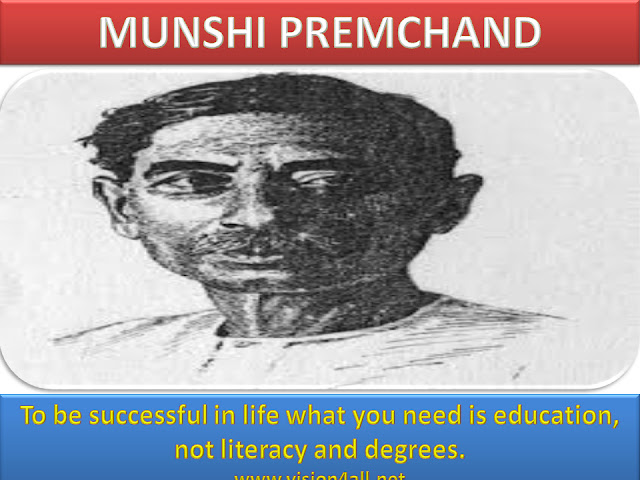 Premchand was the greatest modern story teller of India and in the top in the world too. He was primarily a very genuine and concerned artist. For him art was the honest voice of the soul, no pretences and no hypocrisy.

His stories on the surface are simple, about simple people. But the genuineness he brings to the story, the theme and the style of writing elevates the story to great ART!!

The very simplicity and genuineness takes the reader to a region he had lived but never confronted. Premchand makes him to confront and see the folly, the danger of egotism, and the blindness.

Each if his stories touch you deeply, making you ponder on the issues of life. But Premchand achieves this quietly, sincerely not by shouting or preaching. For that very reason the effect is dramatic in the way only Premchand could create.

That is why he had a huge impact and even today, he is a leader in the modern movement in literature.