(FOR ALL TOP EXAMS)

Addition, Summing Up or Finding the Resultant of Vectors

When two vectors are in the same direction

In such a case we simply add the magnitudes and the direction is the same for the resultant vector too. This is plain and obvious because two vectors, let s say two forces acting on a body in the same direction with two magnitudes have to be simply added arithmetically only.

When two vectors are in exactly the opposite direction

In such a case we simply subtract the magnitudes and the direction for the resultant vector is the direction of the one which has the larger magnitude.

This is plain and obvious because two vectors, let s say two forces, 5 units and 10 units, acting exactly in the opposite directions on a body, will have a resultant, 10 – 5 = 5 Magnitude and the direction will be the one for the vector that has 10 units, 10 being larger than 5.

When two vectors are inclined at some angle

Here we do the geometric way. We take the first vector let us say, 5 units, as 5 cm, as a horizontal line on paper. The other vector also we do the same thing but we put the tail of the second vector at the head of the first vector with the angle of 60 degrees.

We have now first vector as AB, and the second vector as BC. So, the resultant would be AC.

Measure both the magnitude, that is, the length of AC and the direction as the angle from the horizontal. 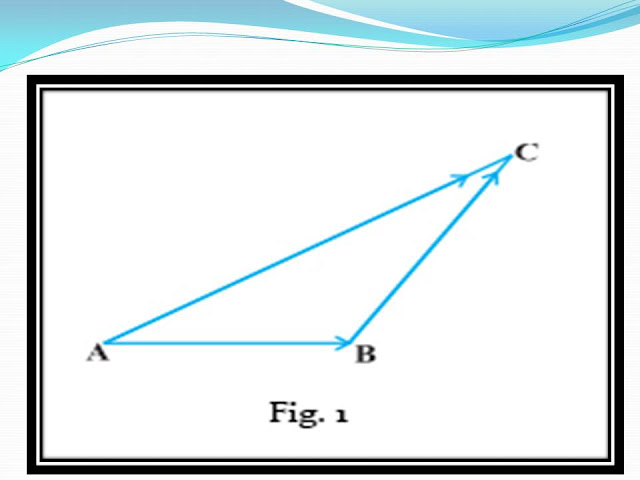 This is also called the Triangular law of vector addition.


Another way to get resultant is through Parallelogram law of vector addition. 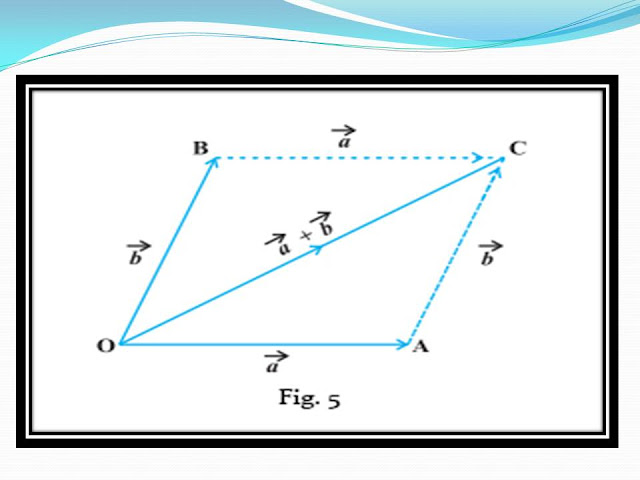 Here we put BOTH vectors at the same point. 5 cm, 10 cm, and 60 degrees, to take one example and COMPLETE the parallelogram as shown.

We can easily show that with this geometrical way, we can also use algebra and find, magnitude and direction by the following formulae.

By Pythagoras theorem and Trigonometry,

Tan (alpha) = B Sin (theta)/ A + B Cos (theta)
Posted by Dr A C V RAMAKUMAR
Email ThisBlogThis!Share to TwitterShare to FacebookShare to Pinterest
Newer Post Older Post Home